Why I cancelled my 6000 tree planting scheme in favour of Scrubland, Heathland and Natural Regeneration (or re-wilding!)

I'm re-blogging this blog post from back in July 2012 after reading my friend Sarah's brilliantly researched article on scrubland. Scrub is Special - Save Our Scrub!

The 4.5 acre slope we were going to flatten to the ground and plant with trees is now an area of scrubland, heathland and natural regeneration. This was a HUGE decision for me to make. I LOVE planting trees and always thought it was better to plant trees, than not. However, I have learned a thing... sometimes it's better not to plant trees. It's true, honest! I won't be able to explain our thinking fully in this post but hopefully I can give you a wee insight in my thinking...

Firstly, here's a link to a blog showing me clearing some of this area with a slasher and then a pedestrian tractor rough cutter. This was in our first year at Stockwood and I had taken advice from the local Exmoor authority, the Forestry Commission and the Woodland Trust before doing anything. All were very keen for me to crack on and flatten the lot, plant it up with trees, put a massive red deer fence up around the whole area and manage the new trees with glyphosate.

It's worth mentioning here that the Forestry Commission made the point to me that if we can afford to, we should use a local tree nursery using native seed stock grown-on in this country. I had to refuse the 1500 free trees that the Woodland Trust gave me because I found out (just in time!) that the trees were coming from Holland. I refused them because I was concerned over the health & suitability of the tree stock, the energy in transportation and the likely use of fertilizers and chemicals to propagate and grow on the trees.  At the time I didn't know about the threat from tree diseases from trees imported by the Woodland Trust, Forestry Commission and the horticulture industry, I was just worried about the weakness of the trees causing them to easily catch a disease after I planted them.  Thank goodness I did refuse those trees from the Woodland Trust or I would likely have been planting ash trees infected with Chalara Fraxinea. Goodness knows where those trees destined for my scheme on Exmoor ended up.

Ok, on with the story of why I didn't flatten this area and why I cancelled the tree planting scheme

Refusing the trees from the Woodland Trust made something click in me, I began to realise that in my excitement I hadn't really thought this through. I was basing my decision to clear this scrubland and plant all of these trees on what I had always wanted to do and what I was being encouraged to do by organisations I trusted.  I now realise that these organisations are singularly focused on one thing (trees and more of them no matter what!) and have planting targets to reach every year which is all tied to grant money. This isn't a criticism, they're just doing what they're tasked to do, it's my responsibility to take their advice and then go away and get a wider perspective.

The one thing I wasn't doing was listening to the land. Doing just that is how I got my wider perspective!  It's the tiny little Grasshopper Warbler I have to thank for finalising my decision to maintain this area as scrub, regeneration and heath land. This tiny little bird kept me awake at night for weeks with the crazy-loud cricket noise it makes because it chose to nest in the area of scrubland close to our yurt. The RSPB have given it Red Status, so I chose not to destroy it's habitat.

It was at this stage that whenever I had a visitor to the land I would take them for an explore around the scrubland.  After a while I would ask them how it would make them feel if I grubbed it all to the ground, fenced it from the red deer and planted it up with trees. My friend Karen, who is as mad about trees, woodlands and forests as me, looked at me horrified and said 'Don't do it. Please, don't do it'.  Every one of the people I asked had supported the idea of the tree planting scheme BEFORE they actually met and listened to the scrubland. After meeting and listening to the scrubland not one person thought I should go ahead with the scrub clearance and tree planting scheme.

The Gorse and Birch are doing their job of being nursery plants well and there are now areas around the edges of the scrub full of young trees like; Hazel, Hawthorn, Oak, Rowan, all poking out the middle of a dense Birch thicket or an old Gorse shrub which is about to split from the centre to do the great tree reveal! There is even an ancient badger sett that has been meticulously kept clear of any scrub and is a perfect circle of grass, wildflowers and the odd clump of bramble. The relationship between the badgers and red deer are evident here, with the badgers creating many paths between their network of tunnel entrances and flat areas from their excavations, which the deer find a suitable place for resting in cover and feasting on the lovely grass.

As you weave your way through the scrubland you pass through areas of heathland, with large patches of heather, purple moor grass and other grasses and wildflowers.  There are trees, gorse, heather, wildflowers, lichens and mosses all spilling out of the ancient stonefaced hedgebank at the very top and bottom of the scrubland slope, where it meets an old coppice and water meadow where the old West lyn river pristinely flows at the edge. On the edge of the scrubland is StockWood, an ancient Oak woodland and coppice with beech topped thick stone hedgebanks and lessr spotted woodpeckers, owls and bats... Such an incredible mosaic of habitat!

This year I am picking my way through the undergrowth like Mayweed out of Duncton Wood, snouting out the best pathways and finding so many treasures it's hard to contain myself. Here are some I have found today. It was late and the light low but the adventure was great! 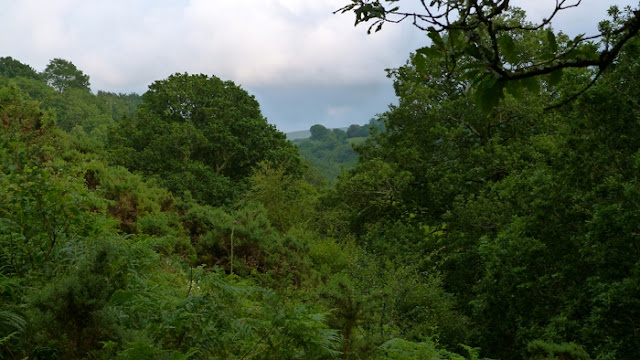 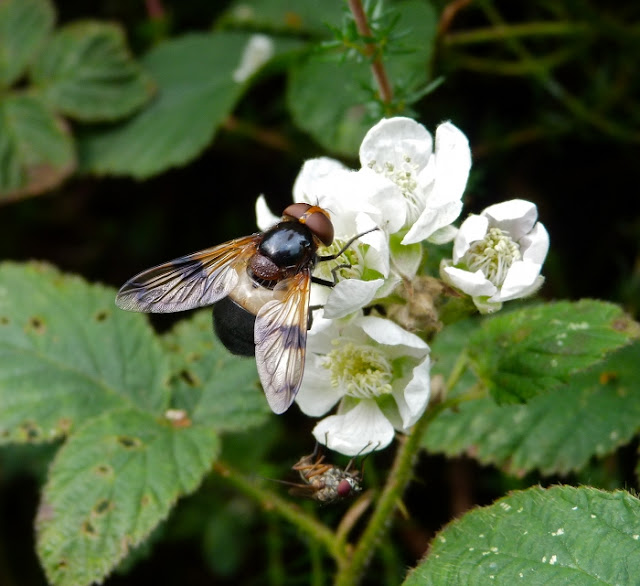 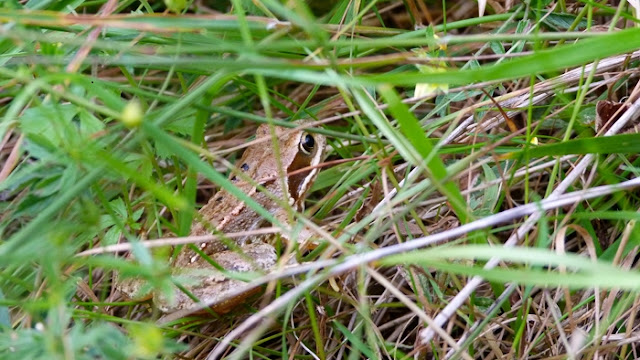 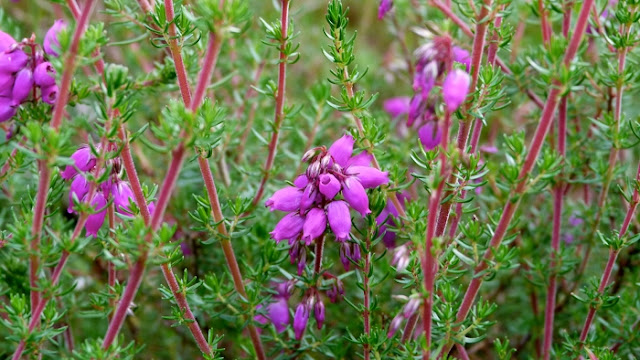 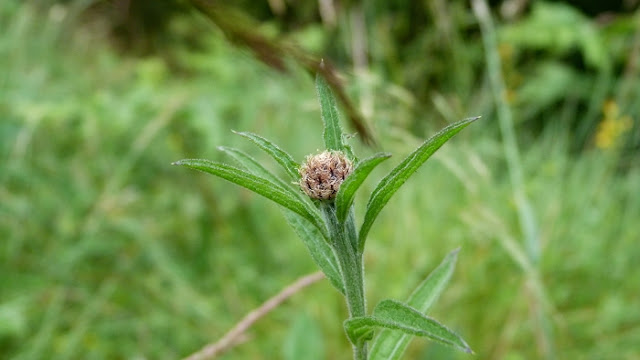 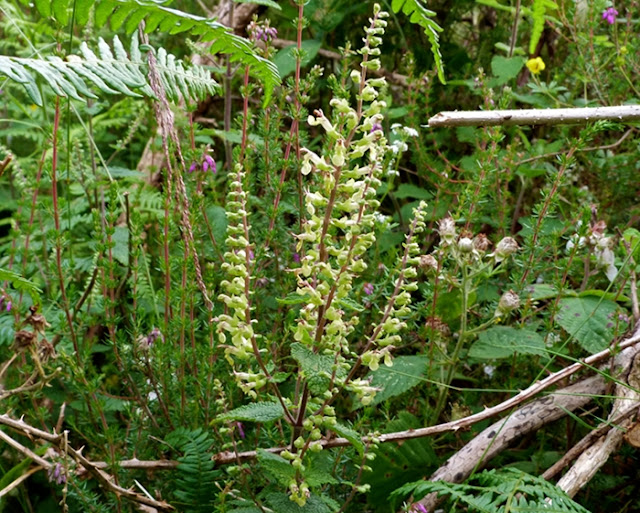 Thank you so much for leaving a comment. Remember...

'Is it kind, is it necessary'? 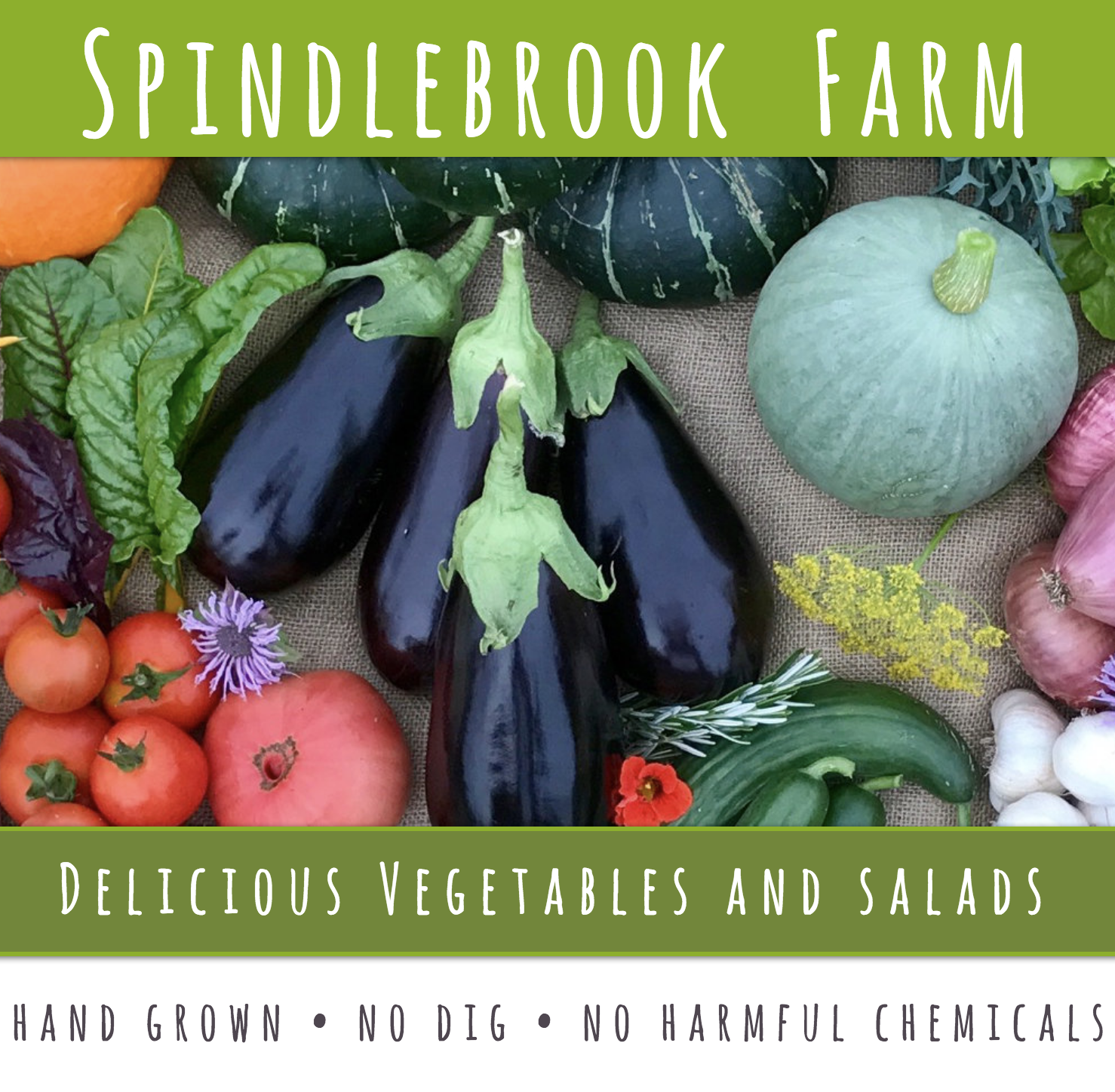 Click to see how we grow our no-dig veg 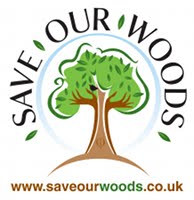 hen
Live on a low impact smallholding. Manage Oak woodland, coppice, river, hedgebanks, permanent pasture & meadows. All with the help of our primitive rare breed sheep. Also keep poultry and goats. Soon to expand the veg and fruit aspect of our work. We're working towards a life of compassionate connection with our natural home. With a low negative impact and a high positive impact on Earth. Blog here: www.heartandsoil.org Twitter: www.twitter.com/hen4 I also run: www.saveourwoods.co.uk www.forestcomms.org www.twitter.com/saveourwoods www.twitter.com/forestcomms

Click on the address above to send me an email.

Slightly scared of many things.

The Pig of Happiness by Edward Monkton, Read by @Elbows_Selbo

None of the text, photographs or illustrations on this blog may be used without my permission.

This will take you to my MySpace page, where you can hear me sing.